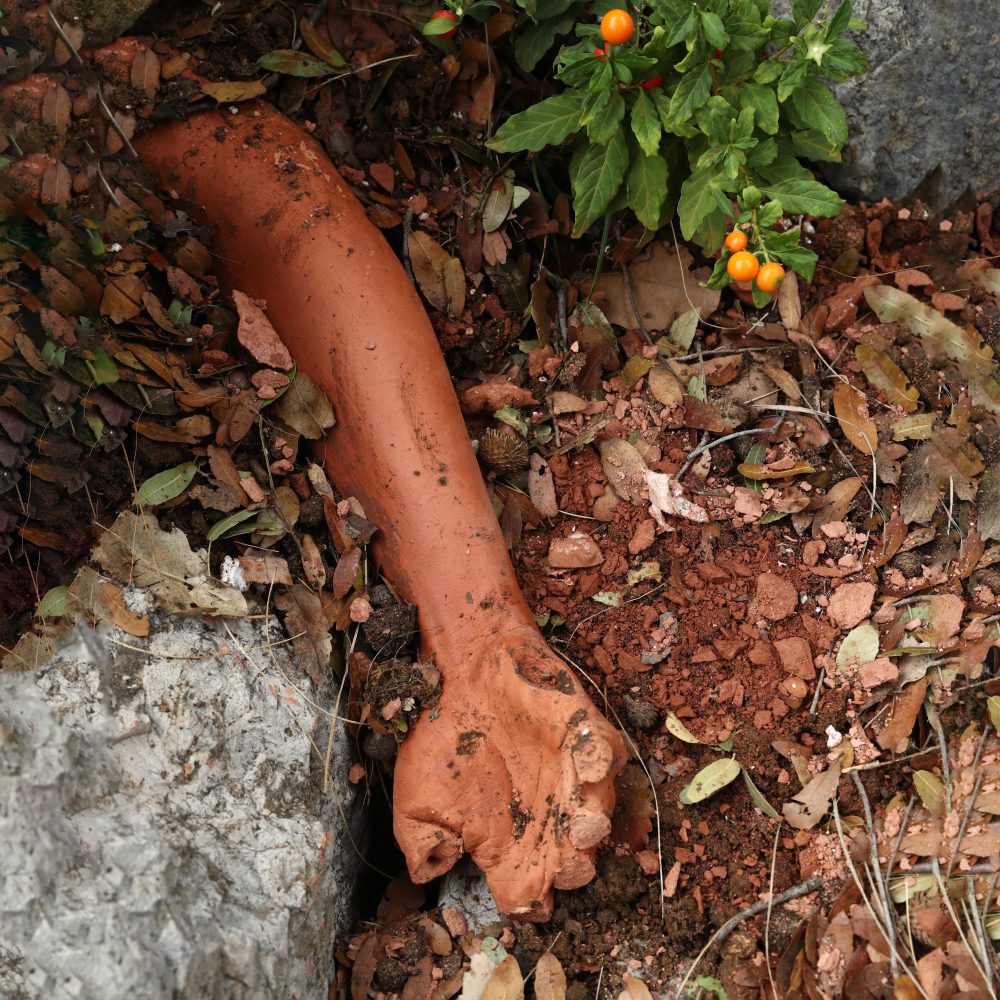 Bearing Bodies is a series of site-specific works created in response to the site of Deir El Kalaa, a Roman cultic complex and Byzantine town that now lies in ruins. Visitors walk in this place among the archaeological remains, whose artefacts are continually repurposed and bear new life as the years go by. Exploring issues of urban destruction, abstraction of time, decay and rebirth in relation to our ecology, El Safadi’s sculptures extend the embodiment of ruin; the gestures of the fragmented bodily forms imply moments of violence, love, affection, and loss. Placed amongst trees, buried in the earth, and emerging from surfaces, the pieces are at once entwined with the space and yet seem to look for an escape. Various local medicinal herbs, plants and seeds grow out of and onto the sculptures, forming new life in need of tending and care. El Safadi’s work explores the interdependence of natural ecological cycles and human intervention, the relationship between the earth and the built environment. The plants grow freely amongst the human forms but are also affected by our human-made structures and materials. How long can life be sustained amongst these ruins and gestures at Deir El Kalaa? The project builds on El Safadi’s previous work Of Flesh and Earth (2017), a series of clay castings of gestures manipulating and touching the earth. The work was produced with the assistance of Paul Merhy, Nouhad Hannaddaher and Gabriel Moufarrej. Thanks to Firas El Yammouni, Mona Hodeib, Hussein Kazoun, Tarek Moukaddem, Christine Tohme, Ali Younes, Ali Yassine.
Shipping
This item will be delivered after the exhibition is over
About the Artist