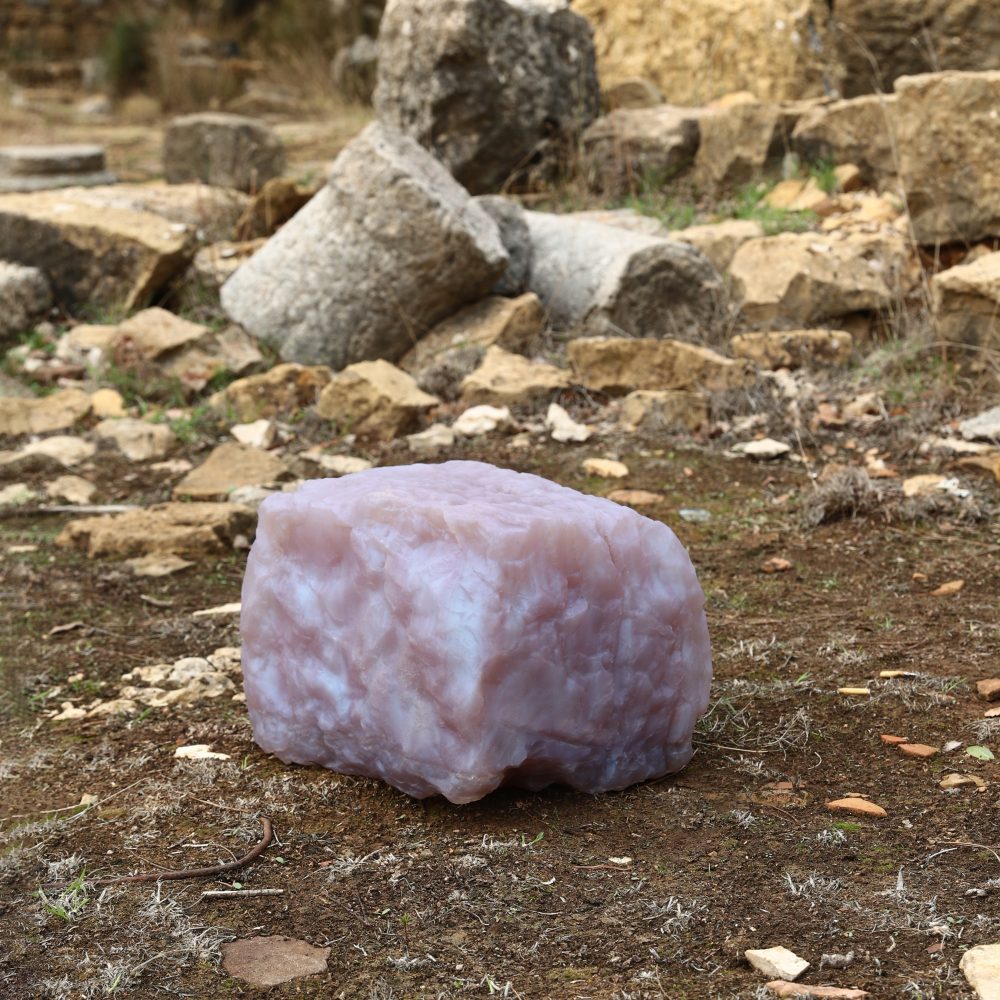 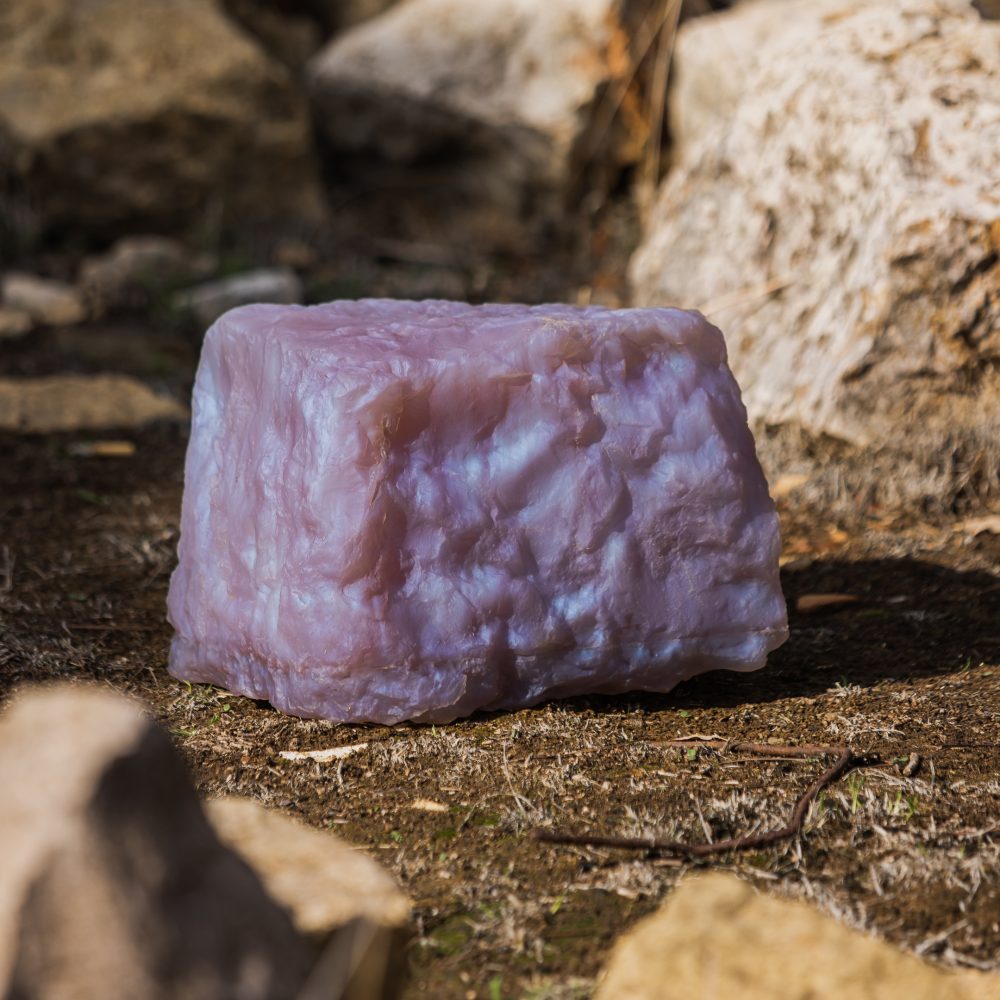 A simple building block – it carries with it a beginning and an end; the beginning of a wall, the end of an empire. A small unit of a much bigger story, that of a place, a land, and its history. Carved out from a mountain that once lay under an ocean, it was brought to this place to support many others like it and to witness the past, our present, and the future. It sits where it belongs: its weight, proportions and surfaces are of and for this place. Locked in by its materiality, it is to remain deep-seated and protected in the ruins of Deir El Kalaa. Replicating the surfaces, textures, and lithophytes of the original, a new block is its clone in resin, borrowing the erosion and chisel marks that have shaped its form. Block R01 - crafted with artisan Nohad El Daher - is a ghost of the original stone rendered in material of today and is consequently an original of its own time. Adopting the tones of the rocks on site, the new block glows in the light and readies itself to become an archaeological artefact of the future. Following the cloning of Block R01, the exercise in mimesis continues in print and plays on the possibility of an archaeology of the future. A photograph is captured in Deir El Kalaa with Block R01 positioned near where the original was found. Whilst it is reminiscent of the original, it is also marked out as an alien, bearing no real resemblance to its neighbouring materials nor its context; it has an uncanny appearance, seemingly yearning to be quarried out of this ancient site and into a future we are not yet a part of. In the third and final iteration of mimesis, the block is recreated in the digital sphere via photogrammetry and converted into an NFT, thus becoming a block within the blockchain. Converting the surfaces and textures of the resin reproduction into digital data that can be infinitely copied with a simple click, the NFT catapults the idea and data of the block into a different dimension, beyond chronological, spatial, and geographical boundaries. The block’s journey from geological matter to the archaeological artefact is carried along into new materialities, dimensions, and fiction.

Roula Salamoun (b. 1984) is an architect, designer, and the founder of a studio developing multidisciplinary projects. Her practice explores the boundaries between analog and digital design practices, experiential design, and material experimentation through multi-scalar interventions ranging from architecture to product design. Salamoun has a BA in Architecture from the American University of Beirut and pursued graduate studies at Columbia University, New York, where she was awarded the William Kinne fellowship. She co-founded the GSAPP collective for Beirut in 2020 and collaborated with artist Ieva Saudargaitė Douaihi on Nationmetrix, a multi-sensorial installation that probes into the experience of crossing national borders with a Lebanese passport, for which they received the 2019 Arte Laguna ARS Prize. Her work has been exhibited at Studio X in New York, US (2011); the Venice Architecture Biennale, Italy (2014); the House of Today Biennale, Beirut, Lebanon (2008); the Piasa Auction in Paris, France (2020); and Dubai Design Week, UAE (2021). Her work has been highlighted in major trade publications such as Wallpaper*, Architectural Digest, Galerie Magazine, and Domus.